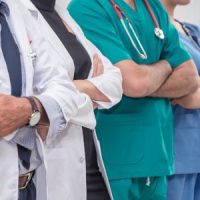 Abuse and neglect of seniors affects almost 20% of nursing home residents each year across the United States and in Tennessee. Sadly, these incidents include physical abuse, emotional abuse, sexual abuse, malnutrition, dehydration, and other forms of abuse or neglect.

How does this happen? Senior citizens in nursing homes are at a heightened risk of mistreatment and often lack the physical or cognitive abilities to extricate themselves from harm as they get older. Combine that with the potential for poor management, understaffing, and strained financial resources at nursing homes and the potential for abuse only increases.

Elder abuse and nursing home abuse were historically overlooked until the 1970s, when studies first began to examine the problem. Even in the following decades, elder abuse has been something most are uncomfortable confronting.

However, the need to recognize and combat elder abuse in nursing homes has never been more urgent. As the over-65 population continues to grow and the demand for nursing home care rises, families must remain vigilant over the care their loved ones receive.

In addition to the factors mentioned above, the rise and almost universal prevalence of social media has created a disturbing overlap between elder abuse and social media use. Inappropriate social media posts by nursing home workers have been reported across the United States in recent years.

More often than we’d imagine, a nursing home staffer will share a private image of a resident in some twisted attempt at humor. These posts might depict an act of abuse or neglect. Often they can be abusive in themselves. Beyond the obvious privacy violations, social media posts by a nursing home worker can give rise to allegations of abusive conduct and even provide grounds for a lawsuit.

Some of the abusive behaviors that have and can be shared online include:

Facebook, Snapchat, and Instagram are frequent forums for abusive posts involving nursing home residents. Although these posts violate each provider’s terms of service, they usually circulate anyway and can cause significant harm by the time they are taken down.

Unlike other forms of conduct that are regulated by nursing home administrators and other authorities, social media posts can be made without a supervisor knowing until much later. Even then, they may only find out second-hand from some outside source.

In most cases, the senior resident normally doesn’t even know their image has been shared for strangers to see online. Their families may not know either, until the damage has already been done.

When our loved ones enter nursing home care, we hope and believe that all staff will care deeply for them and act only in the patient’s best interests. When a patient’s privacy is violated in an abusive manner, action must be taken. Sometimes, this can involve legal action to preserve and enforce your loved one’s rights. Our Knoxville nursing home malpractice attorneys at Brezina Law, PLLC, will review the facts involved and hold wrongdoers responsible whenever possible.